Scaling out a surveillance system is easier than ever. By simply adding additional NVR servers, organizations can increase the number of supported cameras and storage capacity in order to meet organizations’ future growing needs.

Surveillance Station provides the best surveillance experience, supporting high resolution live view up to 49 channels in 1080p or 64 channels in 720p on each monitoring screen.

Managing a large amount of recordings is easy with Surveillance Station. Security personnel can playback recordings from various recording servers on a single browser and quickly sort them based on different attributes.

With Surveillance Station’s handy features, security personnel can speed up the process of deploying a large surveillance system and hundreds of cameras.

Surveillance Station provides the “Batch Add Camera” wizard, allowing cameras and recording servers of the same model to be installed and configured in just a few clicks. This not only speeds up the deployment process, but also prevents human error resulting from repetitive actions. 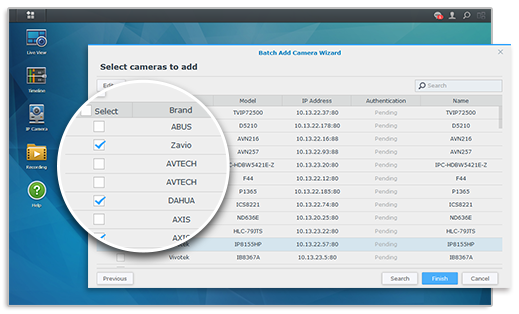 Integrate into existing IT environments easily

Businesses that have established domain user accounts through Windows Active Directory (AD) or LDAP, there is no need to maintain two sets of credentials – Surveillance Station can act as a LDAP and AD client to integrate with existing account system seamlessly. IT personnel can also access different IT systems and surveillance system with the same account.

With CMS, a host server can control other recording servers across different locations, so cameras, live feeds, and recording footage can be managed from a single interface, allowing security personnel to efficiently deploy and management surveillance systems of all scales. 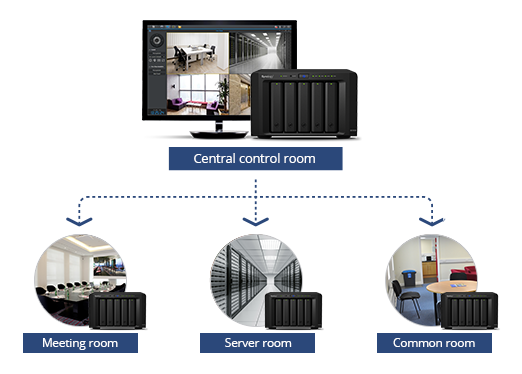 VisualStation VS360HD, a video decoder that provides a robust surveillance solution when paired with any Synology NVR server. By connecting multiple VS360HD units to a KVM switch as well as pairing with a CMS host server, a scalable, cost efficient, and easy to set up TV wall can be deployed, allowing security personnel to monitor a large number of live view channels and switch between channels easily.

Get notified with alert indicators

Efficiently monitoring and spotting suspicious events from hundreds of live view channels is difficult. With Live View Analytics enabled, the events can be highlighted directly on an E-map, in addition to the Live View panel, so security personnel don’t need to worry about missing any events when they leave their posts, as they can notice the camera and the location of the event straightaway when they get back. 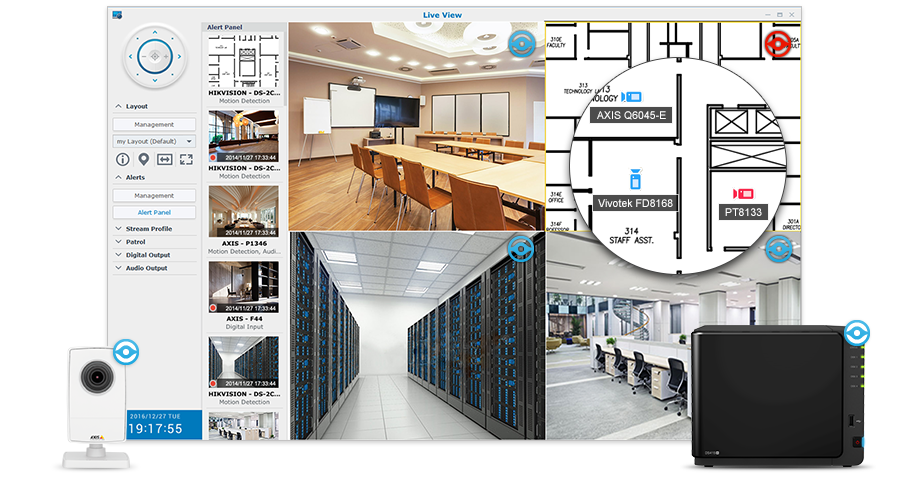 Organizations might deploy specialized cameras in particular environment to save operating costs. For example, multi-lens cameras provide wide-angle view, allowing less cameras and licenses to be deployed in wide, open environments. Surveillance Station supports various specialized cameras, such as fisheye, PTZ, and multi-lens cameras, so businesses can deploy suitable cameras according to their need and centralize camera management in Surveillance Station. 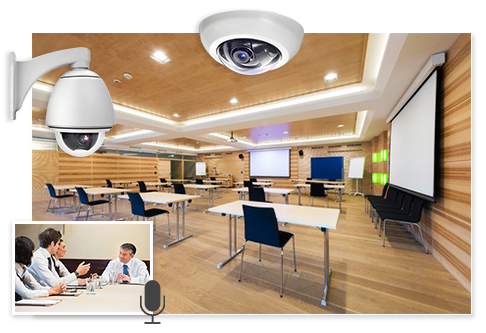